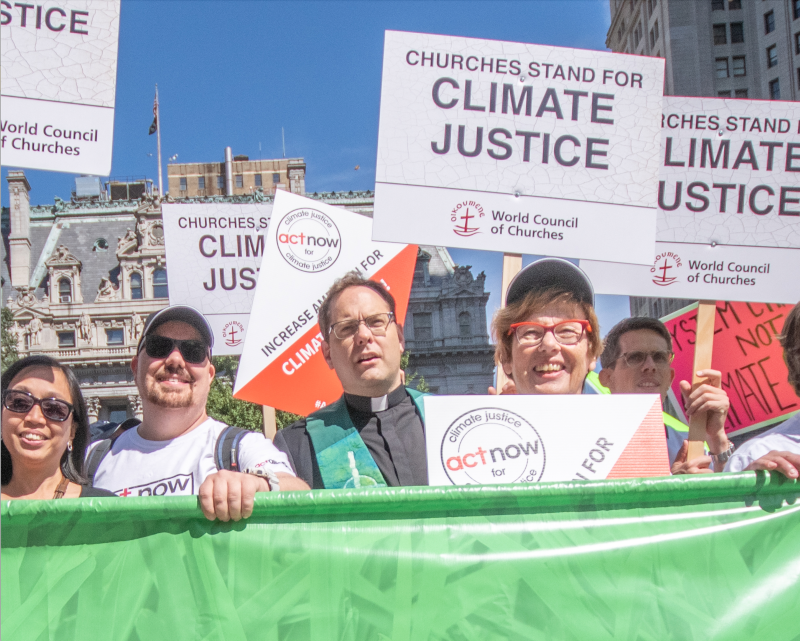 “Africa is rising – we are planting trees, we are restoring eco-systems, we are embracing solar energy, we are creating green jobs. We must commit to doing more of all of these. We are innovative – we don’t have to be victims. We are part of the solution.” With these words Archbishop Thabo Makgoba, Anglican Archbishop of Capetown, South Africa, rallied participants at the opening of mid-August’s virtual Africa Multistakeholder Dialogues (MSD). Archbishop Thabo is also ACT Alliance’s Eminent Faith Leader on Climate Justice.

The Africa MSD drew 94 ACT Alliance members, government representatives and members of think tanks from countries such as Uganda, Tanzania, South Africa and Zimbabwe. It was an opportunity to look at “how we plan to build systems that will enable us to live with climate change impacts,” says Julius Mbatia, ACT Alliance’s Global Climate Justice Programme Manager, based in Nairobi.  “It was significant that this was an African-led group,” he adds.

Participants appreciated the in-depth discussions and explanations of Nationally Determined Contributions. The role of gender and youth in climate justice were part of the dialogues. “This [event] was eye-opening in terms of gender’s relationship to climate change,” said Maureen Magak of YWCA Kenya. Robin Mwanga, a youth participant, noted the same about learning more of youth’s importance in the struggle for climate justice.

Participants drafted a Declaration at the end of the dialogue. They committed to promoting a green recovery as part of Africa’s response to the impact of COVID-19. “Developed countries must invest in multiple sectors and think broadly of growth and development, including social security and safety nets,” says Julius. “We must transform our leadership in Africa to plan much better.” This will also require to systemic changes within African institutions.

Participants will also advocate for more accountability in the current global financing. “The financing should be accountable and transparent, whether it comes from government or the private sector,” says Julius. “And all finance that drives development should include climate change considerations.”

Participants look forward to continuing to work together for climate justice.  “We are only closing the Zoom links,” said Elizabeth Kiisigha Zimba, ACT Alliance Regional Representative for Africa, “the engagement continues.”