NEW YORK, March 15, 2017 – ACT Alliance and the UNFPA hosted a side event at the 61st Commission on the Status of Women. The event “Protecting bodies, protecting rights – Religious and customary law enabling economic empowerment” explored the gap between women’s legal rights and their ability as individuals to claim them. 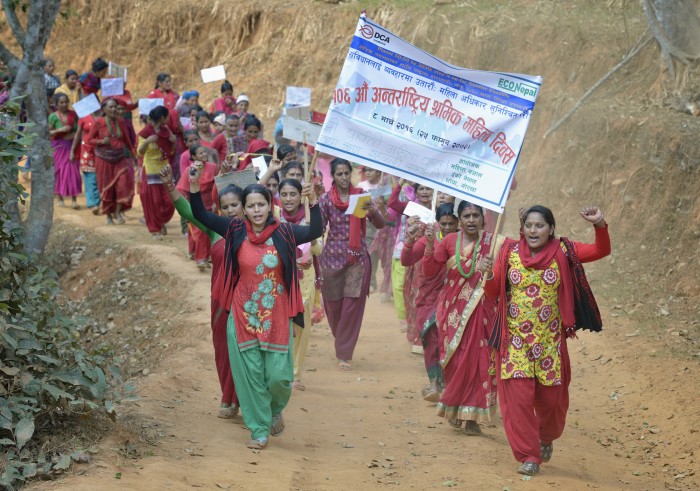 Parallel legal systems exist in many countries based on custom or religion which impact upon women’s legal rights and economic empowerment. Child marriage, for instance, which is often accepted in many customary law practices, hinders education and sexual and reproductive health and rights of women and girls.

The panel was composed of experts from around the world on religious law, women’s and girls’ health and gender equality. Dr. Azza Karam, director of the UN Interagency Taskforce on Religion and Development, and Senior Advisor to the UN Population Fund (UNFPA) moderated the session held at the UNFPA headquarters.

Åsa Regner, Sweden’s Minister for Gender Equality, Children and the Elderly said that “gender equality preconditions a welfare state and vice versa, they are inseparable.” In Sweden, the government through its emphasis on individual social security, and individual taxation as well as individual parental leave, puts the individual at the centre of the welfare state and not the family as a unit. Regner, who previously served as country director for UN Women in Bolivia, stressed that “women and girls are actors in their own settings, not victims”.

Commenting on how national constitutions are increasingly likely to guarantee gender equality, but many also recognize the authority of parallel legal systems based on custom or religion, Dr. Marwa Sharafeldin, from Musawah, defended that gender equality is very much possible from within a faith narrative, but there are still many challenges at stake. “We should not be bullied by those who use religion to justify oppression against women. We should not accept that religion is used that way”, she said.

“Religion is not really the problem. The real problem is the political will of the state and of policy makers who decide which religious speech fits the law approved by them and which one they ignore”, added Sharafeldin.

ACT emphasizes a progressive engagement with the parallel legal systems and interpretations of religious narratives is crucial for ensuring women’s and girls’ economic empowerment, diluting and eliminating the patriarchal perspectives within those systems. “Patriarchy is within our religions, and we need to recognize this fact”, stressed Rev. Dr. Hallonsten.

ACT and UNFPA are pleased to have been able to facilitate this discussion. We see this as the beginning of a larger conversation culminating in the achievement of rights of women in all spheres.

Pictures of the panel HERE