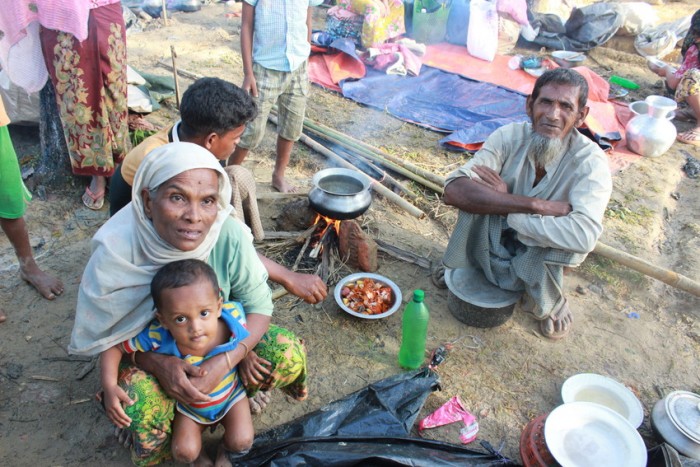 Geneva, 22 Sep 2017 – ACT Alliance joined with other NGOs today in presenting a statement at the UNHCR Standing Committee session.  The statement calls upon governments in the Global North to be more active in addressing the global refugee crisis and emphasizes the importance of civil society participation and inputs from the regions in the formulation of the Global Compact on Refugees.  The NGOs’ statement praises the progress in implementing the UNHCR’s Comprehensive Refugee Response Framework (CRRF) in Africa and Latin America.

The consultations for a Global Compact on Refugees are a direct outcome of last year’s summit on large movements of refugees and migrants at the UN General Assembly, which resulted in the New York Declaration.  This declaration committed states to develop a Global Compact on Refugees and a Global Compact on Safe, Orderly and Regular Migration. ACT Alliance, the largest protestant and orthodox network engaged in humanitarian, development and advocacy work in the world, has been at the forefront of coordinating global advocacy from its members and faith-based allies, as well as ensuring representation of inputs from regional and national levels.

“The New York Declaration was a landmark for stepping up global efforts to protect refugees,” said Susan Muis, Regional Program Coordinator for Central Africa at the Lutheran World Federation (LWF), an ACT Alliance member, who delivered the NGO statement. “We are using opportunities like the Standing Committee to remind states of the commitments they made last year, and to track progress in the implementation of practical measures. Currently, we are seeing a continued pattern of less developed countries of first asylum providing most of the desperately needed assistance to large numbers of displaced people, while others are looking on. This is a worrying trend which needs to be broken if we want to achieve meaningful responsibility sharing in next year’s Global Compact.”

ACT Alliance has a strong presence on the ground in Ethiopia, Somalia, Guatemala and other African and Latin American countries where pilot programmes are feeding into the CRRF process.  ACT fully endorses the NGO statement, which noted the pilot programmes’ contribution to legal reforms allowing refugees greater freedom of movement and access to education, work, and services, most notably in Djibouti, Ethiopia, Kenya, and Tanzania. However, the statement also highlighted the “pronounced regional imbalance […] in the design and implementation of the CRRF framework, which continues to focus on less-developed countries of first asylum.”, and called upon developed states to assume greater responsibilities for refugee protection in order to ensure a truly comprehensive response.

The statement commends UNHCR’s efforts to include refugee voices in the process, and further indicates that “NGOs are willing to work alongside UNHCR to make sure [refugees’] voices are meaningfully heard, including by providing space and support for refugee leaders and refugee-led organizations to effectively contribute.”

The UNHCR Standing Committee meetings are convened in Geneva three times a year, examining thematic issues, as well as UNHCR’s activities and programmes regionally and globally. They are attended by member states and other stakeholders, including NGOs active in refugee protection around the world. The International Council of Voluntary Agencies (ICVA), of which ACT Alliance is a member, is a network for increased collaboration and coordination between NGOs and other humanitarian actors. ICVA coordinates the drafting of statements through a wide consultation with NGOs. Those statements are delivered at UNHCR events such as the Standing and Executive Committee meetings and aim to reflect the diversity of views within the NGO community.