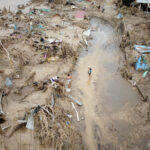 Chamelecón, San Pedro Sula, views of the destruction to housing and infrastructure after hurricanes Eta and Iota. Photo: Sean Hawkey/ACT

Solving the climate crisis requires large-scale investments, but the global markets are sluggish in responding to this task. Even though using known fossil fuel reserves and existing energy infrastructure will lead the world further into the climate crisis, globally more investment was directed to fossil fuels than renewables in 20203. Although investments in carbon neutral development have been accelerating, only a fraction of that investment is destined to the least developed countries where the impacts of climate change are felt the most4.

The geography of this landscape is unjust. Much of the infrastructure that consumes the remaining carbon budget to stay below 2 degrees Celsius warming is located in rich countries. Moreover, much of the investment for climate-smart solutions takes place in rich and quickly-industrializing countries and very little market-driven funding is destined for the least developed countries.

Finance a path to climate justice

For these reasons, the financial commitment made by rich countries in the Paris Agreement to mobilize USD 100 billion to mitigation and adaptation efforts is more important than just its size. The finance commitment is a means to enact climate justice in practice; to guarantee the rights of the poor countries to develop and protect their citizens in the face of global change.

At Glasgow’s COP26 a path should be created to agree on an increased funding target after 2025.  The meeting is also an excellent moment to reflect on whether the USD 100 billion commitment has served its purpose of sharing the burdens of solving the climate crisis in a just way. For this reason, Act Alliance commissioned a report called Post 2025 Climate Finance Architecture — through a climate justice lens. The report identifies failures in fulfilling the funding commitment and it provides many concrete recommendations on how the financial architecture could be improved.

The USD 100 billion commitment has not been funded, and the ways of channeling those funds are problematic. The bulk of the funding commitment is channeled as loans for mitigation projects to middle income countries.  Act Alliance argues that climate finances should adhere to the “leave no one behind” principle of the United Nations’ Agenda 2030. As well, countries should set ambitious targets for increased grant-based funding for least developed countries and those most vulnerable to climate change, such as small island states. Donor countries should follow the principle of having the polluter pay and identify ways to fund loss and damage caused by climate change.

In the UNFCCC framework, the climate finance commitment should be ‘new and additional’ to official development aid.  Unfortunately for the recipients of climate finances, donor countries mix these financial flows as there is no binding criteria for new and additional funds. An emphasis on climate needs might direct funding away from other development priorities such as education or healthcare. This ambiguity is why Act Alliance recommends developing solid definitions on what kinds of funds and projects are considered eligible for reaching jointly agreed goals.

Failing to deliver the promised financial commitment might result in serious consequences. For poor countries and their vulnerable communities, the agreed-upon support for climate action is not considered as help or aid It should be seen instead as compensation for the historic responsibility of rich countries due to their bloated share of historic emissions. The broken system of climate finances needs to be rebooted. Our future depends on finding fair financial solutions to our common threat.

The world cannot afford to ignore the calls for climate justice. The climate finance system is broken and needs to be fixed. Luckily, as outlined in ACT Alliance’s report, there are concrete suggestions to do just that.

Niko Humalisto is a docent of social geography and leading advocacy specialist at Felm in Finland. He co-chairs the climate advocacy group of 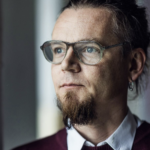 Act Alliance. The trail of his thoughts on circular economy and climate policy can be found on Research Gate (https://www.researchgate.net/profile/Niko-Humalisto-2).