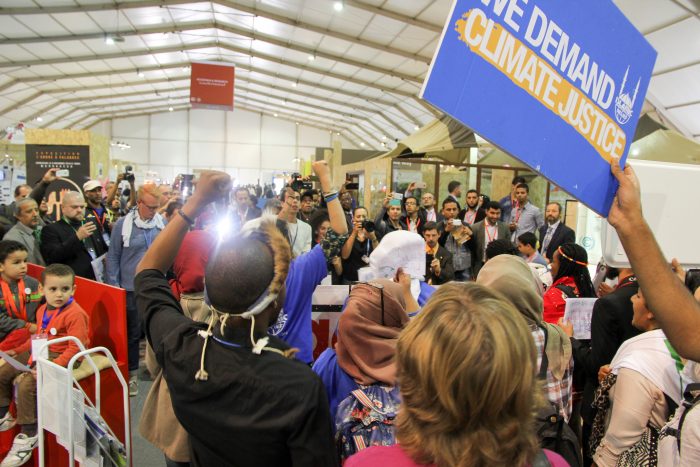 Yesterday, the UNFCCC climate change conference – also known as the SB48 Intersessional– set off in the German city of Bonn. It is the first of two intersessional meetings to be hosted this year in preparation for the increasingly important 24th Conference of the Parties (COP24) that will be taking place in Katowice this December. COP24 has been dubbed as, “Paris 2.0” by the UNFCCC Executive Secretary Patricia Espinosa in a speech underlining the critical importance for ambitious action at the next COP.

COP24 will hopefully and perhaps most importantly be the space at which parties conclude their work on the Paris Rulebook. The Paris Rulebook will outline the framework and working program that will guide Parties and civil society alike to achieve the targets that were set out in the Paris Agreement.

The negotiations to this point have been painstakingly slow, with large draft-texts and worrying divisions between parties on several issues that are yet to be overcome. As ACT Alliance has a delegation that is present at the SB48 Intersessional, we will work together to play our part in supporting parties as they work to make the full implementation of the Paris agreement happen by 2020.

The reality that we are facing today shows that climate change does not wait for political ‘aha- moments’ or breakthroughs. 2017 was the hottest year on record, breaking the previous temperature record of 2014 by +0.17 °C. The effects of global warming have not spared anyone. People from across the world have experienced severe climate change impacts, ranging from drought in Southern Africa – to flooding and devastating monsoons in Asia and wildfires in North America, to name a few. People that are living in poverty and in vulnerable conditions are hit the hardest, while having contributed the least to the global emissions that has increased global warming.

For this reason, the intersessional meetings that are happening over the next two weeks will be of great importance for parties and civil society to make progress on some critical issues. Amongst the ‘hot topics’ up for discussion are; long-term financial support to developing countries to be able to implement their climate commitments, and a clear principle of effort-sharing for greenhouse gas emissions reductions.

During this SB48 Intersessional, work also needs to progress on the Talanoa dialogue which is meant to create meaningful dialogue and encourage a story-telling between parties and stake-holders on how they are doing in meeting their climate commitments. This process will feed into COP24 with the intention of contributing to raising the ambition of climate actions and commitments.

The momentum of Paris must be kept alive!

This will entail taking the financial needs of vulnerable communities as well as the need for a speedy transformation away from fossil-fuel dependency seriously. ACT Alliance’s delegation at the Intersessional will of course be present to remind parties that the climate negotiations are not solely a matter of technical negotiations (despite this being central to the session). The negotiations are fundamentally a process that is closely linked to the livelihood and survival of people. The success of the negotiations will determine the possibility of the world to combat climate change and how lives and generations may be protected from future climate change disaster.