Christians come together in prayer and action for Creation

The Season of Creation is an annual celebration of prayer and action to care and protect Creation. The Season begins with the day of prayer, today on September 1 and runs through to October 4, the Feast of St. Francis – the patron saint of ecology in many traditions. The celebration began in 1989 with the Ecumenical Patriarchate’s recognition of the day of prayer for Creation and is now embraced and celebrated by tens of thousands of Christians of all traditions from around the world.

Each year, the Christian family unites for this worldwide celebration of prayer and action to protect our shared home. As followers of Christ around the globe, we share a role as stewards of God’s Creation and believe that our wellbeing is connected with that of the planet.

This year’s theme is Web of Life: biodiversity as God’s blessings. The theme encourages reflection on two essential facts about creation: it comes from God, and we play a part in it.

During the Season, we unite as one family in Christ; we celebrate the bonds that we share with each other and with every living creature on earth. We spend time in prayer and reflection of ways to inhabit our common home more sustainably, and we raise the voice of the most vulnerable in various public spheres. In an ecumenical spirit, we acknowledge that creation is a gift to all of us and that we are called to share responsibility for its protection.

As a member of the Season of Creation’s Ecumenical Steering Committee, ACT Alliance plays a key role in designing and influencing the celebrations and activities and in amplifying the voices from communities most affected by environmental injustices.

Season of Creation connects to the ongoing efforts of ACT’s Climate Justice Project, mobilizing the support of the ecumenical family and enhancing the political momentum for ambitious climate action while building the capacity of ACT members, faith actors, communities and policymakers in developing countries to engage in targeted advocacy towards their governments.

Throughout the Season of Creation, to the upcoming Climate Action Summit in New York, to the 25th UN Climate Negotiations, ACT will continue to call for renewed global solidarity with people and communities in developing countries, particularly those that are living on the front lines of climate change and are facing slow or sudden extreme weather events.

How to get involved?

More information on Season of Creation 2019 is available here.

A Celebration Guide is available here. 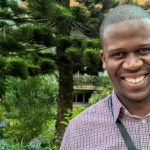