Singing from the same song sheet? Multi-lateral and local civil society perspectives on ‘peace’ in the triple nexus 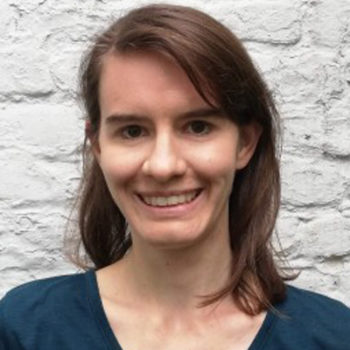 ACT Alliance EU members provided a platform to dive into the timely question of how to translate aims for better coordination between humanitarian and development with peacebuilding. Co-hosted with the KUNO platform for humanitarian knowledge exchange, the webinar brought together 100 speakers and participants with civil society from across Africa, Asia and Latin America as well as international representatives and political stakeholders. It provided a platform to raise the perspectives of local actors to multi-lateral discussions.

Why entangle ourselves in a webinar on an issue which reporting from civil society and recent international discussions has highlighted as hard to capture and difficult to navigate? Frequent conflation of peacebuilding with ‘security’ and military action by officials at government and multi-lateral level makes this thorny terrain for humanitarian and development actors.

ACT Alliance EU members are at the forefront of calling for greater leadership and ownership by local and national organisations in humanitarian and development response. Our members and partners are often seeking to work in inter-connected ways across the three streams of programming but face institutional silos and inflexible funding. In addition, with significant experience of integrating peace work and engaging with faith actors who play an important role in conflict mediation, ACT Alliance EU decided to deepen our collective understanding of the issue.

Perspectives on engaging in peace actions

To pursue these aims, we took the open door of an invitation to contribute civil society perspectives in feedback to the zero draft of a new paper on the ‘P in the nexus’ by the Inter-Agency Standing Committee Results Group on humanitarian-development collaboration to host a webinar discussion on how far local perspectives are reflected in multi-lateral articulations of peace in the nexus.

Discussion centred on the paper’s conceptualisation of peace as several, non-linear – streams of action across a spectrum – from shorter-term or localised actions such as local dispute resolution mechanisms to structural processes such as national reconciliation. Mat Gai of the South Sudan NGO Forum endorsed the concept for armed conflict contexts: where lasting peace cannot be achieved without the linking of streams of peace actions. Citizen engagement, for example, requires both political will at national level and NGO support to communities and local authorities.

Yet for participants and speakers alike, the global donor discussions remain weak on delivery of localisation commitments for translation of the ‘triple nexus’ concept into reality. Country examples from various contexts demonstrated that despite local and national organisations – including faith actors – being increasingly central to humanitarian, development and peace response they are often treated as sub-contracting agencies and denied access to funding and the decision-making table.

Donors, they stated, have a crucial role in supporting these efforts and in shaping the incentives for the flexibility in funding and programming to create the space needed for adaptive management of funding and programming between humanitarian, development and peace. ACT Alliance EU members are prominent voices in raising this message to national governments and the EU.