Our churches and faith-based organisations are committed to providing accompaniment for the civilian population in the demobilization zones in the context of the Colombian peace-process, through the implementation of protection measures, peace education and reconciliation, and verification of the ceasefire and demobilization process.

On June 23, 2016, the Colombian Government and the largest guerrilla group in Colombia, the FARC-EP, made a Joint Statement[1] announcing their agreement on Bilateral and Definitive Ceasefire, End of Hostilities and Disarmament. The agreement defines 31 areas for the demobilization of the FARC over a period of 6 months[2]. As with the previous partial agreements, the bilateral ceasefire and disarmament will begin to operate once the final peace agreement is signed, which is expected to occur within the next few months.

We welcome this agreement and recognize its importance for building a just and sustainable peace in Colombia. At the same time we are concerned about the implications for the local civilian population of the establishment of these Demobilization Zones, and the risk of incursions by other armed groups into the territories where the FARC has traditionally had a presence. We believe there is an increased risk of confrontation in these areas between other non-state armed actors, such as post- or neoparamilitary groups and the ELN  guerrilla group.

Since July 20 last year, when the FARC-EP guerrilla declared a unilateral ceasefire, the members of the Inter-Ecclesiastical Dialogue for Peace (DiPaz) have conducted pastoral visits to verify compliance with the ceasefire. During these visits we have witnessed the vulnerability of the civilian population in the territories and as we have expressed in a previous statement[3], we are deeply concerned about the huge challenge that this vulnerability, as well as the continuity of paramilitary structures and the prolongation of the armed confrontation between the national government and the ELN, represent for the implementation of the Final Peace Agreement.

This situation has already caused concern among churches and faith-based organizations internationally. The Central Committee of the World Council of Churches (WCC) has committed to “studying – in collaboration with the ACT Alliance and other ecumenical partner organisations – ways of supporting and promoting the effective participation of churches, religious organisations and civil society in the following stages of dialogue between the Colombian Government and the FARC-EP” [4].

At this historic moment, when we have the opportunity to put an end to one of the longest running armed conflicts in the world, churches and other DiPaz member organisations consider that it is of vital importance to provide accompaniment for the civilian population, through the implementation of protection measures, pedagogical actions for peace and reconciliation, and verification of the ceasefire and demobilization process.

To do this, we the members of DiPaz, and members of the ACT Alliance Colombia Forum are committed to establish Humanitarian Protection Houses in some of these zones, with permanent national and international presence and accompaniment to the communities, and to contribute to their protection, while also urging the government and local, regional and national authorities to implement the necessary measures to maintain safety and security in these territories. We appeal to the international community to act as an observer of this process with the goal of safeguarding the rights and protection of the civilian population. 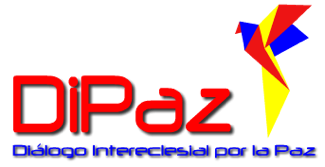 [2] The “Transitory Normalization Zones” as these demobilization areas are called, have three objectives: facilitate the end of hostilities, guarantee disarmament and contribute to the transition of FARC-EP combatants to civilian life.