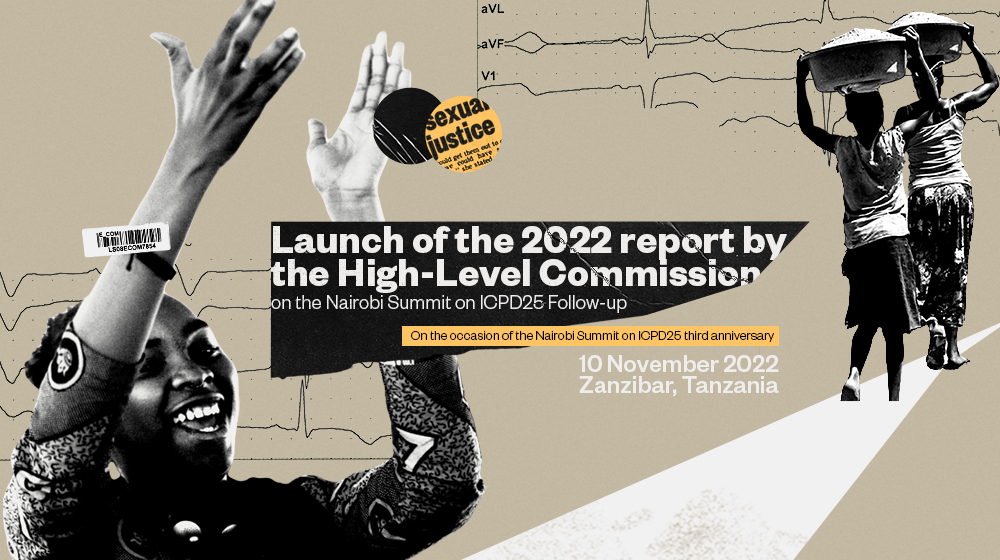 The Collective Road to Sexual and Reproductive Justice

I am writing this blog from Zanzibar, where I am gathering with fellow High-Level Commission members to launch our new report. The report published today charts some of the gains and gaps in the progress of the 12 Global Commitments contained in the Nairobi Statement on ICPD25.

Central to the report is a call for sexual and reproductive justice, which emphasise the importance of locating women’s reproductive choices within a broader analysis of the racial, economic, cultural, and structural constraints on women’s agency and power.

In 1994, the year that saw the adoption of the historic ICPD Programme of Action, a collective of 12 Black feminists coined the term “reproductive justice”, transforming the narrow “pro-life versus pro-choice” debate dominating reproductive, economic and social rights discourse in the United States of America.

While ‘reproductive justice’ is not founded by religious traditions, the concept of justice is intrinsically part of our faith tradition, which also includes dignity, ethics, self-determination, liberation, and autonomy. Justice is embedded in sacred texts and enables people of faith to better understand the interconnected injustices that undermine human rights and dignity.

I believe we are called not to work only for individual rights, ‘my body, my choice’, but for sexual and reproductive justice, which emphasises the communitarian. This is especially important in many of the southern contexts, including my own in Brazil, which has still many community-oriented spaces, often communitarian organised life, in groups, and associations.

One of the key recommendations of the report launched today calls for a broader engagement with faith-based leaders and organisations. We know that eighty-four per cent of the world’s population identify as members of a faith group, and that faith principles and religious and traditional leaders shape social norms and values, while also influencing government policies and practices.

A narrow version of religion, in particular Christianity, is often mobilised and instrumentalized in global policy arenas, which has blocked progress on achieving universal and inter-dependent human rights: “Whenever religion enters the public sphere and becomes powerful in politics, it tends to orbit around gender issues. Patriarchal gender norms are packaged in the language of religion because it legitimises them. It makes them appear divinely ordained and unchangeable.” (Khalaf-Elledge 2021).

The role of traditional and religious leaders and faith-based organisations is key in ensuring the rights and needs of people in communities are upheld and met. Our ACT Alliance Gender Programme is working closely with our members and national and regional forums, to harness the value-based power of faith actors. For example, investing in new faith narratives/theologies for reproductive justice, confronting rising fundamentalisms, and advocating for and contributing to the implementation of Comprehensive Sexual Education.

We hope that the report launched today illuminates a path forward to achieve the ICPD25 commitments through a sexual and reproductive justice framework. The road to sexual and reproductive justice is long and the stakes are high. There are no quick fixes. Yet, it is critical that we continue to move forward, and not give ground to those who want to push women’s rights back.