[UNGA BLOG]: Adaptation is as important as mitigation

The UN Summit must amount to more than just another stop in the climate negotiations circuit. It must help to close the ambition gap in reducing emissions, scaling-up climate finance, and addressing climate impacts.

This year, another record was broken. Sadly, it was a temperature record. July 2019 was the hottest month in recorded history. Across Europe, temperatures were recorded at an all-time high, which reportedly was made up to “100 times more likely” by climate change. The scale of the impact of Hurricane Dorian is unprecedented, costing countless lives, lost livelihoods and could cost $7 Billion in damages. It is highlighting that resilience to climate change is nowhere where it needs to be.

The globalised nature of climate change makes tackling this challenge a global necessity. Many developing countries in the Global South are now experiencing severe loss and damage (climate impacts that cannot be adapted to), despite having contributed the least to climate change. Their capacity to mitigate and adapt to climate change is slowly waning, and the evolving nature of their situation is becoming dire as they experience more and more extreme hurricanes, cyclones and droughts.

What’s clear is that if developing countries are to be able to address, minimise and avert climate change impacts, they will need support from their developed country allies. That support must come in the form of finance and capacity building and must empower communities to become more resilient.

Resources for developing countries to adapt are at an all-time low, as evidenced in the findings of the Global Commission on Adaptation that concludes that there is a severe lack of funding for adaptation.

Developed countries, including the EU and the Member States, must act urgently to scale-up climate finance for adaptation and loss & damage. Financing for mitigation cannot be the only priority anymore. The evidence is clear- adapting to climate change is just as important as mitigating it. Pursuing this will give developing countries an opportunity to create long-term frameworks and to plan for and address climate risks in the context of sustainable development.

The world needs all countries to take bold action to address, avert and minimise climate impacts to put an end to the widespread suffering and loss that communities are facing. 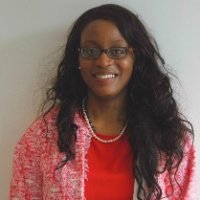