World leaders must remember that those who have contributed least to the climate crisis face the its severest consequences said ACT Alliance members from Asia Pacific yesterday as they highlighted the increasing vulnerability of coastal areas in Asia and the Pacific to the impacts of climate change.

Speaking at the launch event of the ACT Alliance Asia/Pacific Forum in New Delhi on Monday, 14 September, members of the global humanitarian and development network said that over 90 percent of the disasters impacting vulnerable communities in the region, most of which are environment and climate related, go unnoticed in the global arena.

The creation of the ACT Alliance Asia/Pacific Forum brings together ACT Alliance members to advance strategic joint action in these disaster prone regions.

“Over 200 million people are affected by disasters every year in Asia and the Pacific,” said Anoop Sukumaran, ACT Alliance representative for Asia and Pacific. “The poor and vulnerable communities should be given a fair and just chance to develop their lives and livelihoods and to get all support they need to adapt to the impacts of the climate change.”

Supporting Sukumaran’s comments, Executive Director of Uniting World in Australia Rob Floyd said: “It is a matter of survival. For many people in the Pacific islands the impact of climate change questions their very existence as people.”

ACT Alliance is running a global campaign (www.actclimate.org) to scale up action for climate justice as the world leaders prepare for a UN summit in Paris in December 2015 where a global climate agreement will be reached.

“Public action is needed to put pressure on world leaders to stop catastrophic climate change,” said Sushant Agrawal, Moderator of ACT Alliance. “While we globally mobilise support for climate justice we also stand with communities to support their resilience and livelihoods as they seek to adapt to the changes around them.”

See below some photos of thee launch event of the ACT Alliance Asia/Pacific Forum in New Delhi on Monday. 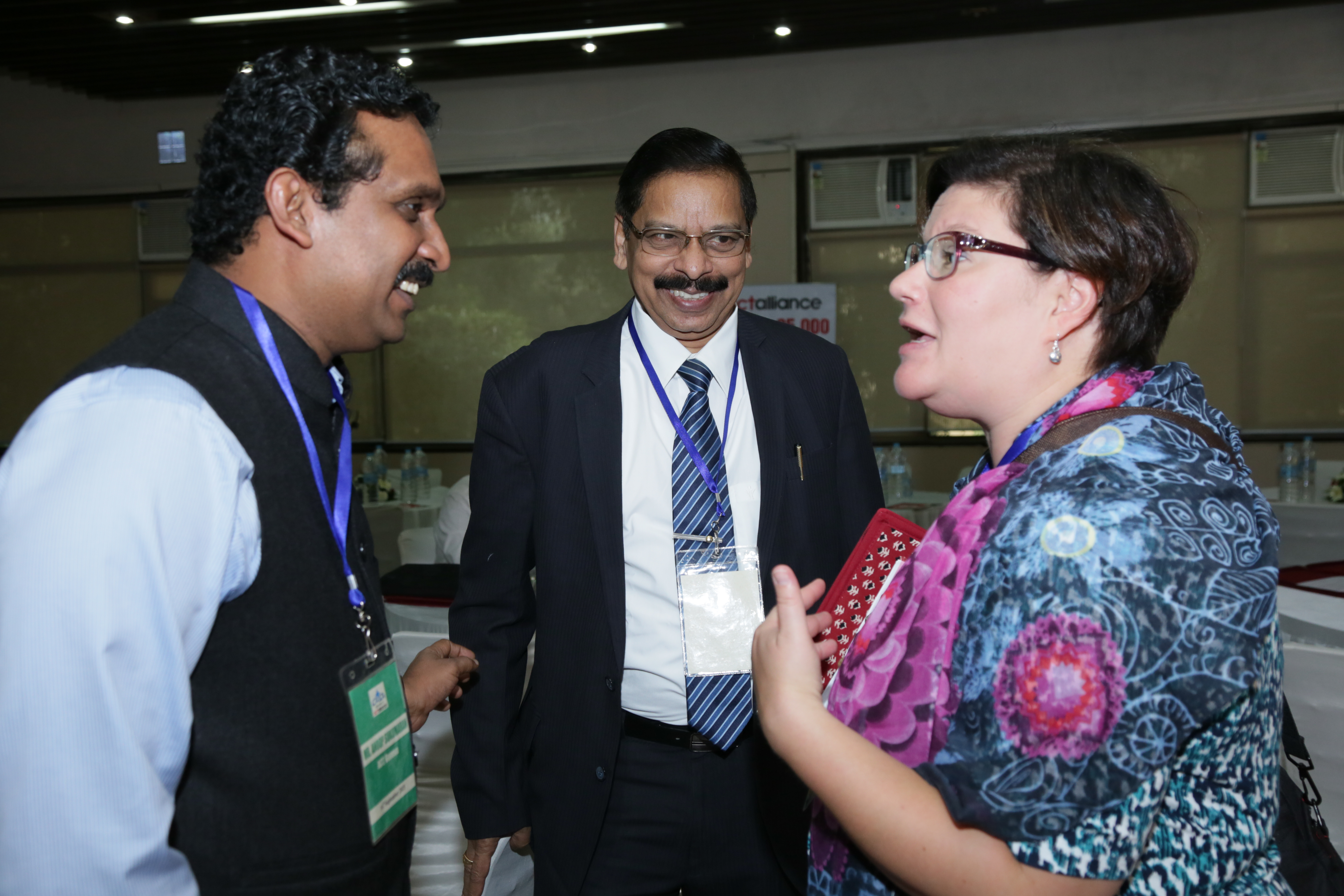