“We have safe water now” 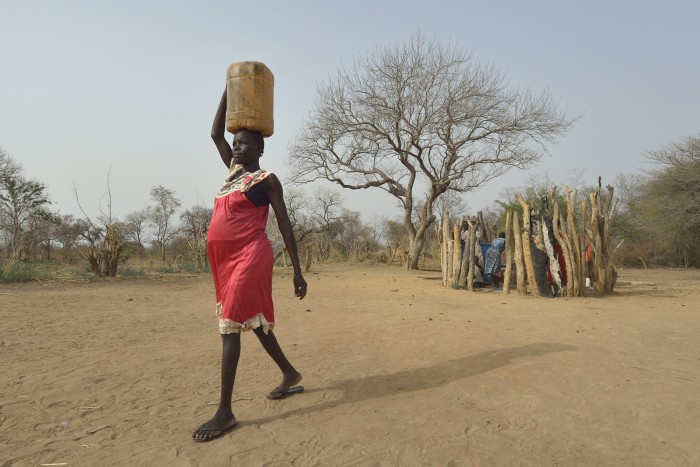 Mary Kuol carries water home from a well dug by the ACT Alliance in Yang Kuel, a village in Lol State, South Sudan where the persistent drought has destroyed crops and forced people to eat wild leaves to survive. Kuol is seven months pregnant with her third child.

The well was drilled in 2016 by a local partner of ACT member Christian Aid. The organization has also distributed food vouchers to hungry families in the region.

“We came here a year ago because, as bad as things are here, they were worse in our village. At least we have safe water now, so my children are much healthier, even though most of the time all I have to feed them are wild leaves and fruits,” Kuol said.

Atouc Dut lives in neighboring Malek Miir, where drought has also wrought hunger. She spends much of each day collecting wild leaves to feed her four children, while her husband cuts skinny trees in the bush to sell as poles. With that small income and a cash voucher from Christian Aid, the family can buy some sorghum and soap. She says they’re not going anywhere, though she wishes there was a school in the village for her children.

“We have food most every day. It’s not much, but there’s nowhere we can go where it would be any better,” she said.