“We must increase climate action and global solidarity with the vulnerable,” says ACT Alliance 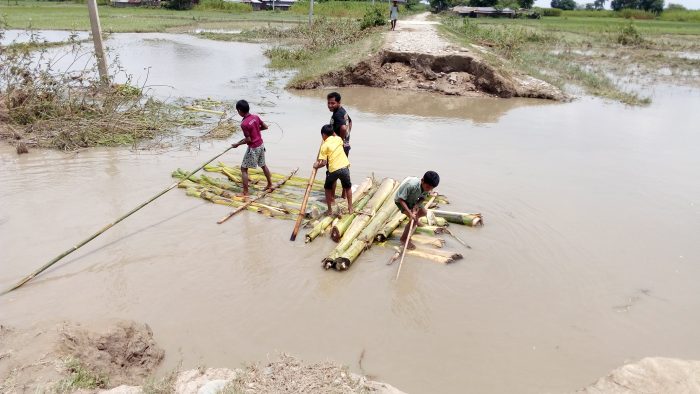 Climate change is exacerbating incidences of floods in areas such as Jhapa. (Credit: LWF Nepal)

As the world comes to terms with the weak outcome of COP23, ACT Alliance calls for a recommitment to the need for ambitious action and solidarity with climate vulnerable people.

“COP23 has fallen short of the main expectations we had: we had hoped that the cry of people of the Pacific and other vulnerable parts of the world would be heard and translated into urgent and ambitious action,“ said Rudelmar Bueno de Faria, ACT Alliance’s General Secretary.

COP23 is ending after two weeks of tough negotiations. While the adoption of the Gender Action Plan which aims to enhance gender equality throughout all processes and bodies of the UNFCCC may be one of the most significant milestones to be remembered from COP23, other important agenda items have not had particularly successful outcomes.

As a matter of fact, this COP has shown that it is the needs of the vulnerable countries who need support that continue to fall into the line of fire, instead of the shortcomings of the big emitters of the world.

“As a global community we need to figure out quickly how to address the weak and slow responsiveness of our policy making systems. The UNFCCC cannot continue to deliver painstakingly small steps forward, when the world needs decisive action. We must act now to ensure that no one is left behind,” Bueno de Faria continued.

Loss and damage is an issue that lies close to the hearts and realities of the least developed countries and small island states who are at this moment threatened by rising sea levels and other climate-influenced disasters. Despite a Fijian presidency at COP23, the support for Loss and Damage in Bonn did not deliver on the ambition required to truly stand in solidarity with climate vulnerable communities.

“We applaud the commitment and continued push of the most vulnerable countries, who never fail to raise the voices and the concerns of the populations already affected by climate change, and who match their vision for a better world with higher ambition than their developed country counterparts,” said Martin Vogel, Climate Policy Adviser to the Church of Sweden and co-chair of the ACT Alliance Climate Change Group.

“ACT Alliance will continue to fight for the needs of the most vulnerable communities. We shall increase our voice, action and solidarity as we respond to humanitarian crises, in our development programmes and in our advocacy at all levels,” Bueno de Faria concluded.