Since the beginning of August, heavy monsoon rains have caused intense flooding across more than one-third of Bangladesh. According to the Ministry of Disaster Management and Relief (MoDMR), these floods are the worst in the last four decades. As of 27 August 2017, 32 districts in the north, north-east and central districts of  Bangladesh have been flooded, affecting 8.2 million people  (2.3 million male, 2.4 million female, and 3.5 mln children under 18 years of age). 141 people, including children, are reported to have lost their lives. An estimated 55,383 houses are reported to have been damaged and 640,786 are believed to have been destroyed by the floods. 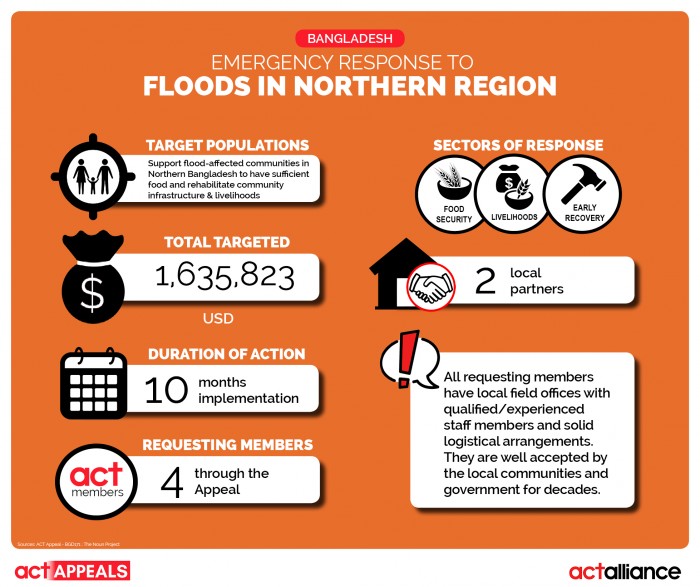