The current floods in Assam have been termed the worst since 1998. The third wave of floods has claimed 67 lives so far in Assam. The total number of deaths in this year’s flood- related incidents has gone up to 151 in the state. Incessant rains leading to floods have wreaked havoc in 25 of the 32 districts of Assam. In Morigaon district, which has been hit hardest, 521,000 people have been marooned while 467,000 people are affected in Barpeta district.

The number of dead in the devastating floods in Bihar has gone up to 253 as the situation worsened with more areas getting affected. Around 12.6 million people are facing the deluge in 18 districts of the state.  Heavy rainfall in the catchment areas of Nepal has worsened the already grim situation in the worst-hit Araria district.

As part of the revision of the ACT Alliance Humanitarian Response Mechanism, the “Preliminary Appeal” is replaced by the “Concept Note”, a shorter more concise document which summarizes the proposed ACT response and emphasizes collaboration amongst the ACT members. For further information on the Revised Humanitarian Response Mechanism, please refer to its online toolkit: https://actlearn.org/course/view.php?id=2 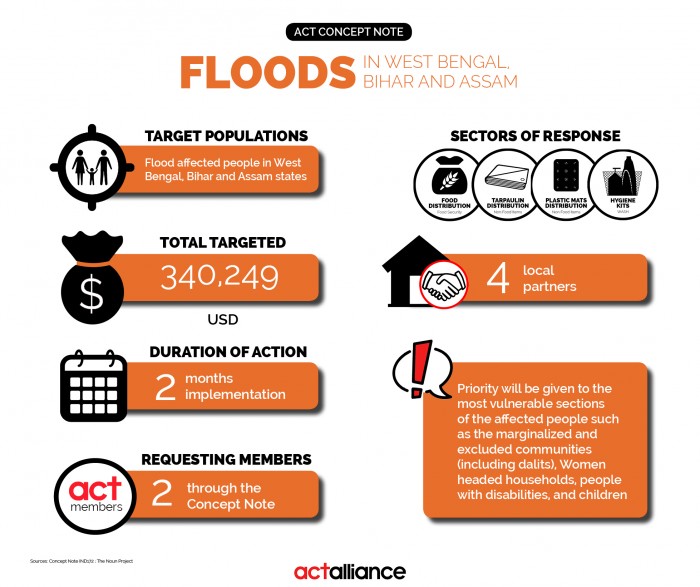