The beginning of 2017 entailed arctic cold, which brought a record breaking low temperature and paralyzed some parts of Ukraine, Russia and the whole of  Eastern Europe. The temperature in the region dropped to -30°C, resulting in transport collapse and damage to communal infrastructure, disruption of heat and electricity supply, frostbite of hundreds of people and a rapid growth of influenza and other disease rates in many places in Ukraine and Russia. According to official data to date, in Ukraine 40 people have died from the extreme cold conditions and about 900 have sought medical help; and in Russia several thousand people were affected.

The frosts damaged heat systems and led to disruptions of heat supplies. Harsh weather has led to a drop of temperature in the places where  Internally Displaced Persons (IDPs) and non-displaced conflict affected population live in Ukraine, as well as for Ukrainian refugees in Russia. This is especially true in villages in Ukraine, where houses almost never have proper insulation, which means that the temperature inside houses can be around +7 to +9°C. According to the meteorological forecast, Ukraine and Russia expect new bursts of cold weather in February, with temperatures that can plunge down to -20°C. 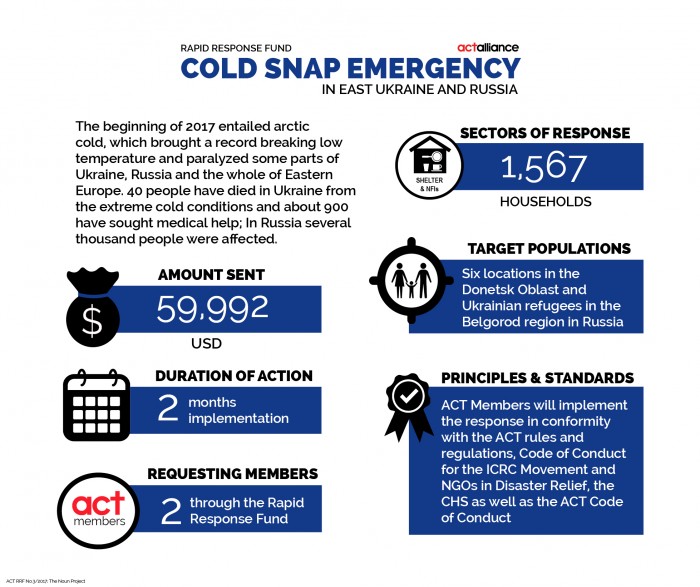