Ethiopia is currently facing a complex humanitarian crisis as result of an ongoing drought combined with ethno-political conflict along Oromia and Somali borders (two of the largest regional states).

The current drought is an extension of last year’s (2017) drought which severely affected pastoral lowlands of Afar, Somali and Oromia. Over the past four decades, recurrent droughts have been affecting Ethiopia each time with increased intensity and frequency. The climatic phenomena known as El Niño and La Niña have left more than 10 million people in need of emergency assistance over the past two years.

The government of Ethiopia declared a state of emergency on March 2, 2018 for six months.

According to UN OCHA’s alert in February 2018, 8 million people need humanitarian assistance requiring around $895 million over the course of 2018. Lives remain at risk due to shortage of food and water and disease outbreaks coupled with malnutrition are prevalent.

ACT Ethiopia forum (AEF) is comprised of eleven organizations out of which two are national organizations serving as the development arm of two of the largest local churches in Ethiopia. AEF has a solid track record on delivering effective humanitarian response for over seven years. 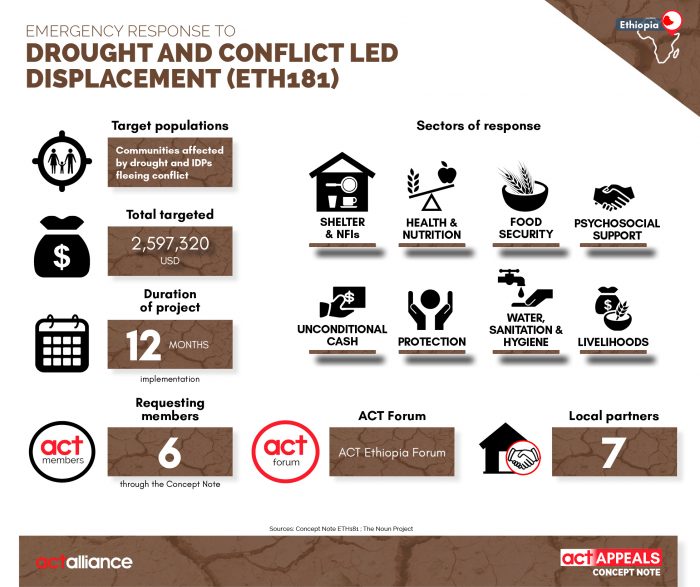