Malawi is experiencing La Nina weather phenomena since onset of the rainy season and many districts have received above normal rainfall triggering flash floods in some of the Districts. Between the 4th and 10th February 2017, heavy rains caused the worst flooding in 4 Traditional Authorities (Ndindi, Pemba, Kambwiri and Maganga) in Salima district.  A total of 35,304 people have been affected; of which thousands are displaced and currently dwelling in school blocks. A total 1,827 hectares of agricultural land (crops: maize, rice, cowpeas, cassava and sweet potato) has been washed away together with livestock such as goats and chickens. Household belongings such as food stocks, clothing and kitchen utensils have also been washed away.

To date, no human casualties have been reported however there have been significant reports of injuries caused by the flooding. The displaced population have no food, shelter, sanitary materials, clothing, blankets and kitchen utensils. School children are also affected as their school materials and food rations were damaged. 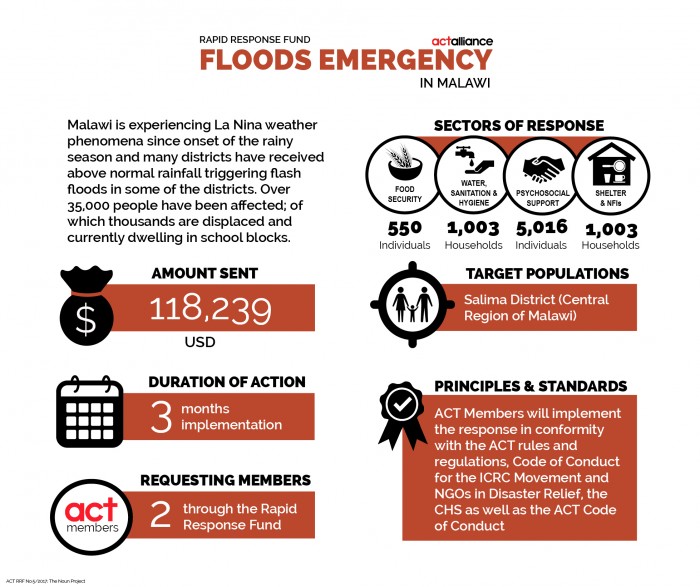