Since 11 August 2017, heavy monsoon rains have caused intense flooding across more than one-third of Bangladesh. According to the Ministry of Disaster Management and Relief (MoDMR) this floods are the worst in the last four decades. As of 27 August 2017, the Government of Bangladesh reports that the floods have affected 32 districts in the northern, North-Eastern and Central parts of the country due to the overflowing of the Brahmaputra-Jamuna river. An estimated 55,383 houses are reported to have been damaged and 640,786 are believed to have been destroyed by the floods, while 140 people are known to have died. The Ministry of Disaster Management and Relief (MoDMR) has reported that as of 27 August, 335 shelters in flood-affected areas are sheltering more than 106,000 people.

As part of the revision of the ACT Alliance Humanitarian Response Mechanism, the “Preliminary Appeal” is replaced by the “Concept Note”, a shorter more concise document which summarizes the proposed ACT response and emphasizes collaboration amongst the ACT members. For further information on the Revised Humanitarian Response Mechanism, please refer to its online toolkit : https://actlearn.org/course/view.php?id=236 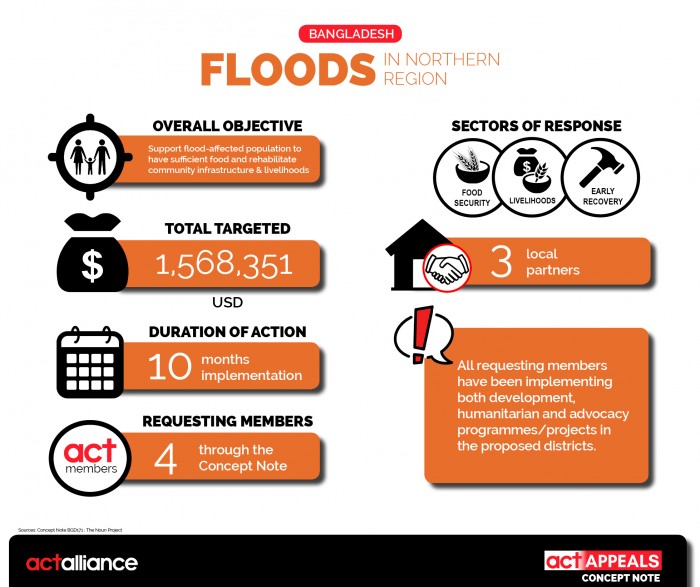