Honduras: Emergency response to floods in the Department of Cortes – RRF No.18/2017

According to official data provided by COPECO, the flooding has had the following impact on Honduras:

Additionally, Tropical Depression Selma formed in the Pacific at the same time as a tropical disturbance in the Atlantic according to COPECO’s National Centre of Atmospheric, Oceanographic and Seismic Studies, producing moderate to strong rains, especially in the country’s south central and western parts.

After a month of the emergency there are still unmet needs among the affected population.  ACT Honduras Forum through its local member Mennonite Social Action Commission (CASM) by it´ Spanish acronym, are responding to this crisis by providing  Food security. 700 households will be benefited by this intervention.  The ACT Secretariat have approved the use of 35,257.00 USD  towards the budget from its Rapid Response, to provide humanitarian relief. 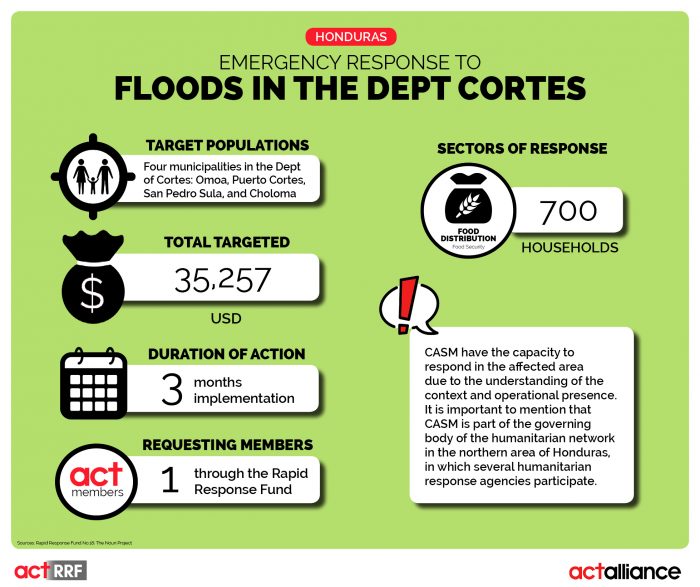