The current crisis in Iraq began in June 2014, when militants of the Islamic State Iraq and Syria (ISIS) seized control of over one third of Iraq’s territory within a few weeks. Iraqi Security Forces (ISF), the Kurdish Peshmerga and various armed groups engaged in the fight against ISIS, and finally recaptured Ramadi in February 2016, Hit in April 2016, Fallujah in June 2016, Mosul in July 2017, Tal Afar in August 2017 and Hawija in October 2017. The Government of Iraq announced the defeat of ISIS and regained full territorial control on 9 December 2017. 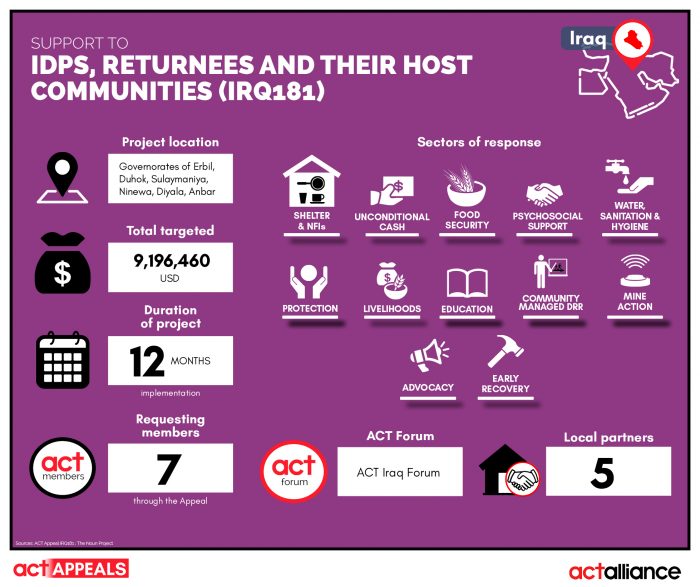