Malawi is experiencing the most severe prolonged dry spells and army worm infestation, which are threatening the agricultural production of 3.8 million people. With little or no rain in parts of the country and fall army worms still destroying crop fields, the outlook is alarming which will result in hunger for over 3.8 million people till the next planting season. Even before the prolonged dry spells, Malawi Government had declared a national disaster in December 2017 because of fall army worms.

The President of Malawi has declared this situation a national disaster, as a result the dry spell and the fall army worm infestation attack in December 2017. As a result, there is imminent food shortage in 20 out of 28 districts of Malawi. The following are the sectors that will be addressed by the Malawi ACT Forum

The ACT Malawi forum is planning to respond to the emergency through ACT forum members Churches Action in Relief and Development  (CARD) and Evangelical Lutheran Development Service (ELDS) due to their presence in the affected areas.

The Overall response will target 2,000 affected households (10,000 people) including 5,500 Females, 4,500 Males. These figures include people who will benefit from assistance in more than one sector of intervention. 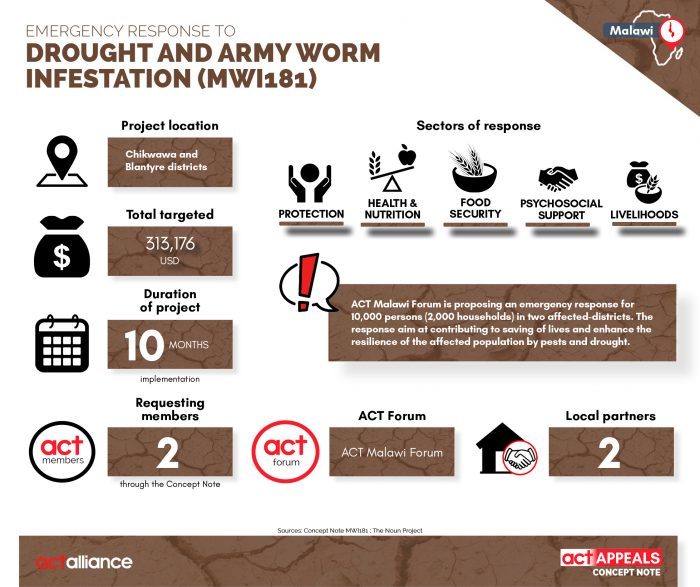