Exceptionally harsh winter conditions from the beginning of January 2017, with temperatures at times going down to -30 degrees Celsius, have already claimed lives across Europe – among them refugees from various countries such as Afghanistan, Iraq and Somalia. The cold wave started already at the beginning of January peaking end of last week and building up to a small – scale emergency. Meteorologists forecast new freezing waves in Serbia, with lots of snow and freezing rain. It is estimated that this winter will be one of the coldest in the last 50 years. Among cold snap affected people are already highly vulnerable refugees/migrants in Serbia.

As a reminder, in May 2015, an influx of refugees/migrants started to pass through Serbia. Very quickly, more than 5,000 persons were entering the territory of Serbia on a daily basis, transiting towards Western and North Europe. However, the closure of national borders along the Balkan route in early 2016 left refugees/migrants stranded in Serbia. 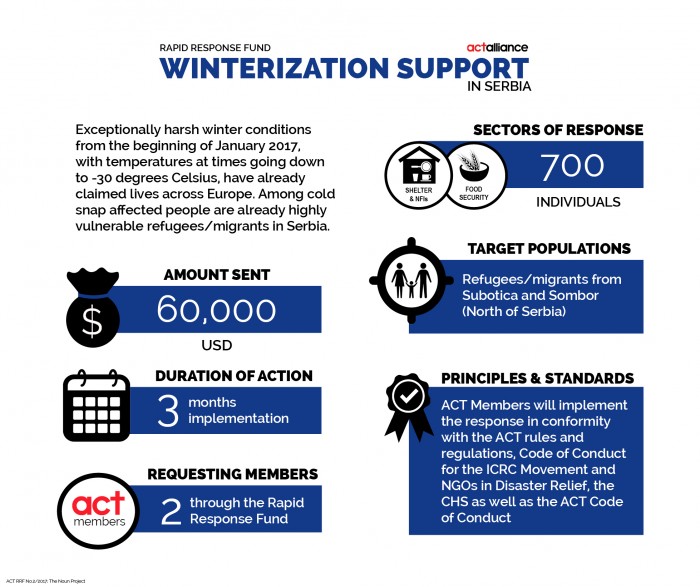