ACT Japan Forum’s response on heavy rainfalls in the south 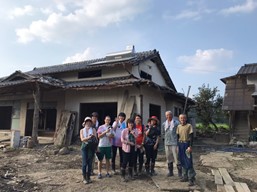 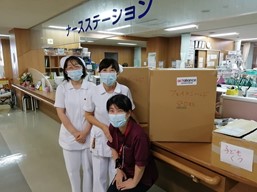 While typhoons, storms, and heavy flooding have hit Japan very hard in recent years, another record-breaking heavy rain hit the prefectures of Kumamoto and Kagoshima in the southern Kyushu early July 2020 in the middle of the East Asian rainy season. It was officially named as “Heavy rain of July Reiwa 2” by the Japan Meteorological Agency. As a result of flooding and landslides, 65 people were confirmed dead and two are still missing as of 24 September. Over 6000 houses were fully or partly destroyed and nearly 3000 houses were flooded.

ACT Japan Forum secretariat immediately contacted colleagues of YWCA Kumamoto to confirm their safety and intention of emergency response. As the local government authorities in the affected areas have restricted the entries of aid agencies and volunteers from other prefectures because of the COVID-19 situation this year, we decided to provide financial and logistic support the YWCA Kumamoto’s emergency response.

It’s been only four years since Kumamoto had a big earthquake of magnitude 7.0. Because of their previous experience of disaster response and their local CSO-network, their team immediately made visits to evacuation centers, an inundated hospital and migrant families in HItoyoshi City to deliver food item, sanitary supplies and commodities. Furthermore, they started visiting the most severely affected agricultural area, Ogaki Community in Hitoyoshi City to help inundated households with cleaning and relocating. As three months have passed since the disaster, the assistance has now shifted to their recovery phase. The youth team of YWCA Kumamoto assists the affected local rice farmers with their farm work and selling their rice. Their exchange and assistance will be continued, which would help the affected community in speeding up their recovery.