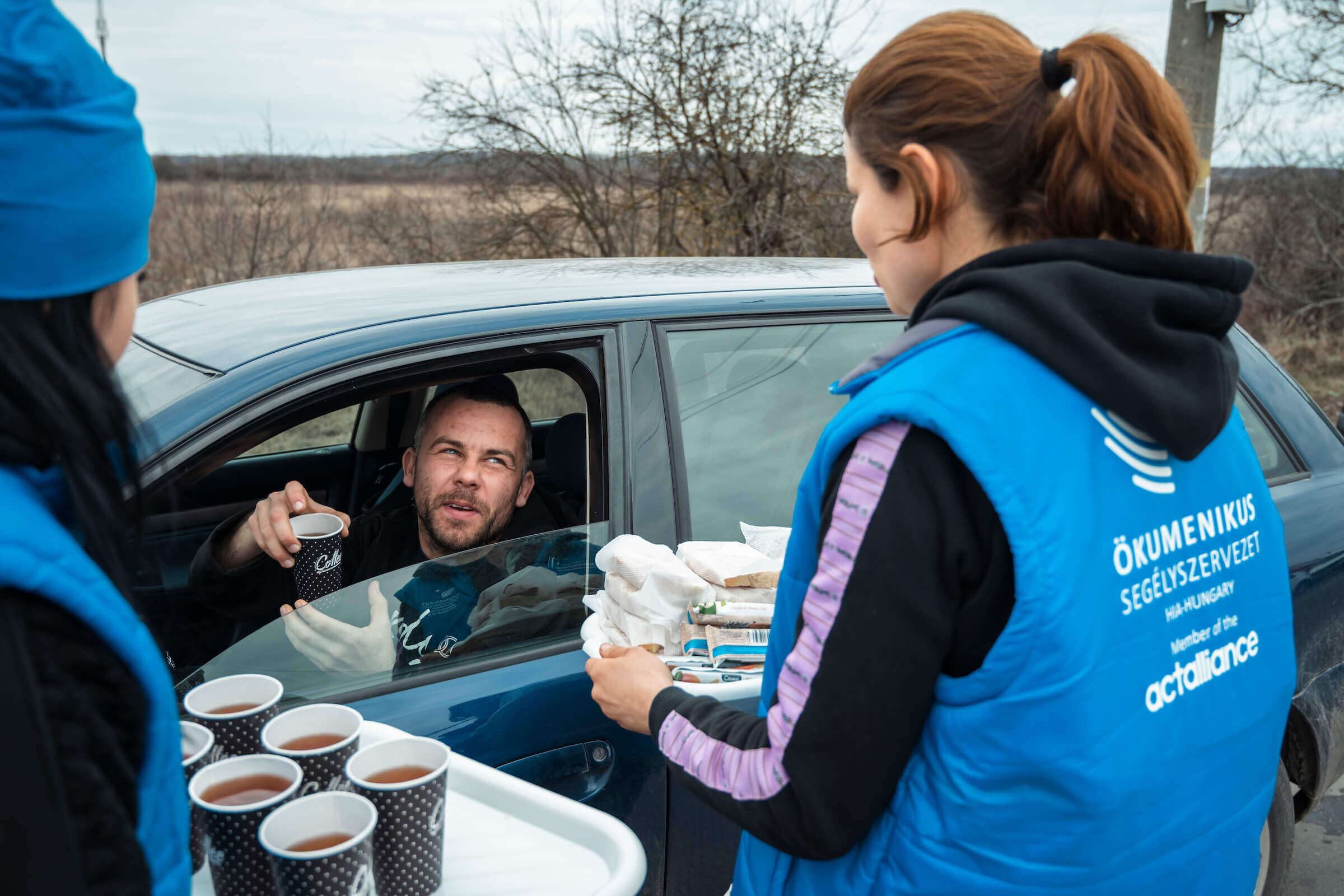 During a 22 March press briefing, a delegation from the World Council of Churches (WCC) and ACT Alliance shared their observations from a recent trip to Hungary, Romania and Ukraine, where they witnessed firsthand both urgent humanitarian needs and a robust church response.

“You see the consequences of war which is forcing millions of people to leave their land,” said Rudelmar Bueno de Faria, ACT Alliance general secretary, noting the heightened risk for human trafficking and forced labor.

“We heard from ACT members and from church workers that the first wave of refugees were mainly people with healthy financial situations and good connections in Europe,” he said, while a second wave comprised people with fewer resources.

“The third wave we are facing now is of people without any resources,” he said. “During the visit we could see the distinctive role that church and faith-based organizations played in the emergency response so far.”

Prof. Dr Isabel Apawo Phiri, WCC deputy general secretary, said that the reason church response is able to happen is because many churches are well-equipped structurally to quickly turn compassion into actions that address human need, wherever it occurs.

Those structures have been used with a sense of caring and mission by churches that have responded, for example, to COVID-19 and other disasters, she added. “They are using the same structures to respond now to the humanitarian needs of the refugees coming out of Ukraine.”

Peter Prove, WCC director of international affairs, commented on the large dimension of this humanitarian catastrophe. “I think the latest figures we have heard from UN sources are something approaching 10 million people are displaced as a result of this conflict, both refugees crossing the borders into other countries, and internally displaced within Ukraine.”

That amounts to one quarter of the population of Ukraine, he said. “That really sets the dimensions of this crisis in perspective,” he said.

Prove took a moment to celebrate the response of local churches. “This welcome, organized at the local level by local communities and local churches, is incredibly warm and incredibly hospitable, and that is very much to be celebrated,” he said.

All three speakers emphasized the need for the same level of hospitality and care for people of color and others who are not receiving equal consideration as they, too, flee Ukraine.

This story was also published on:  https://www.oikoumene.org/news/local-churches-are-frontline-response-for-10-million-displaced-ukrainians-shares-wcc-and-act-alliance