Soli Marita, a 3-year old Wichi indigenous girl, looks through the fence that separates a giant soy bean plantation from Lote 75, an indigenous neighborhood of Embarcacion, Argentina. The Wichi in this area, largely traditional hunters and gatherers, have struggled for decades to recover land that has been systematically stolen from them by cattleraisers and large agricultural plantations. Credit: Paul Jeffrey

From 5th till 17th November 2017, all countries will meet for the 23rd annual Conference of Parties (COP23) of the international climate negotiations under the United Nations Framework Convention on Climate Change (UNFCCC). While the negotiations will focus mostly on defining the rules of the Paris Agreement and preparing the first global stocktaking of climate actions next year, several discussions will continue in parallel to develop solutions for responding to climate-induced impacts. Land use is one of those issues discussed in ‘side events’ but the challenge is big. The ACT Alliance can contribute by raising the voice and the views of indigenous people, farming communities and female custodians of seeds in this debate, supporting them with facts and evidence on how biodiverse agricultural systems contribute to adaptation to and mitigation of climate change.

Land is our future. Secure livelihoods for poor, rural communities and indigenous peoples depend on secure land rights. Their sense of belonging makes them custodians of natural forests and diverse landscapes. Stolen Land is Stolen Future. Consumption and production patterns of rich countries threaten the land rights and land use of poor communities. Citizens in the developed world claim land for purposes of carbon sinks and for the offsetting of greenhouse gas emissions to compensate for their unsustainable lifestyles. In such cases, the land is deprived of its ecosystem functions and is reduced to carbon stocks and carbon sinks.

As a result of climate change, we are likely to continue to witness huge and potentially conflicting challenges over land use and land rights. Global warming has already led to large cuts in agricultural productivity in most parts of the world, and this may have potentially disastrous consequences for global food security. The pressure to produce more food, feed, fuel and fiber, while at the same time reduce GHG emissions and store greater levels of carbon than before, increases the demand placed on land and thus, enhancing conflicts over land use.

Discussions about land use have made it to the center of international climate politics.  An important underlying concept in the UNFCCC negotiations, is carbon or climate neutrality. This means achieving a balance between anthropogenic emissions (from transport, industry, agriculture, digital infrastructure, etc) and emission removals by sinks of GHG (bio-energy, carbon capture and storage in forests and on land, etc). The Intergovernmental Panel on Climate Change (IPCC) has been taking stock of carbon budgets and makes assumptions on how to attain carbon or climate neutrality.  All of the IPCC reports rely heavily on emitting CO2 that could be removed later (negative emissions). Unfortunately, this simply means allocating all risks to future generations and vulnerable communities.

Many of the solutions put forward in dealing with the issues of land use come in disguise. For example, many agricultural practices that are promoted in fact lock farmers and consumers into unsustainable food systems which are prevalent across the developed world today. In such a system, only a few crop varieties and livestock breeds are intensively produced as single commodities, often for export, using large amounts of fossil-fuel intensive fertilizers and pesticides as well as patented, transgenic and uniform seed. The result is monocropping. Deserted land. Evicted and displaced people. All of which comes in the name of mitigation, of modernising agriculture and of neutralising carbon budgets.

The next IPCC report due in October 2018 will look at solutions of staying within the 1.5 C scenario. This is an opportunity to seize. We must raise the profound ethical questions or moral dilemma over land use. We can uplift marginalized voices and existing solutions of land restoration by the custodians of biodiversity and ecosystems integrity, and the guardians of forests and diverse landscapes. We know that there will be no socially and ecologically acceptable solution without the involvement of people and communities to restore and revive our land and our forests. Because done in the wrong way it will put people, biodiversity and climate at risk. 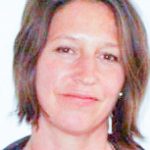