Bangladesh: Emergency response to the Floods in the Northern region – No.RRF 10/2017

Severe flooding due to monsoon rains and rain waters from the Indian states in the north of Bangladesh inundated 22 of the 64 districts by August 15, 2017. According to National Health Crises Management Centre’s control room; death toll has risen to 89 and approximately 1.7 million people have been affected by this flooding. About 121,170 hectares of cultivated land have been severely affected. Around 1031 primary schools are closed.

Flood-affected households have taken shelters on higher grounds, some are marooned and disconnected due to this flooding. Roads and railway communication between northern districts and Dhaka (capital) remain disconnected. Flood waters are flowing downstream and new areas in central part of the country are being affected. Affected people have taken shelters along the highways, road sides, embankments or in schools. 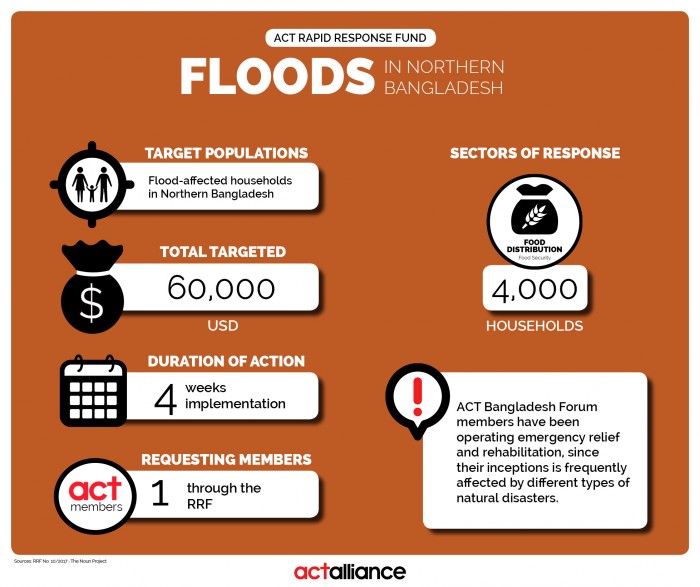