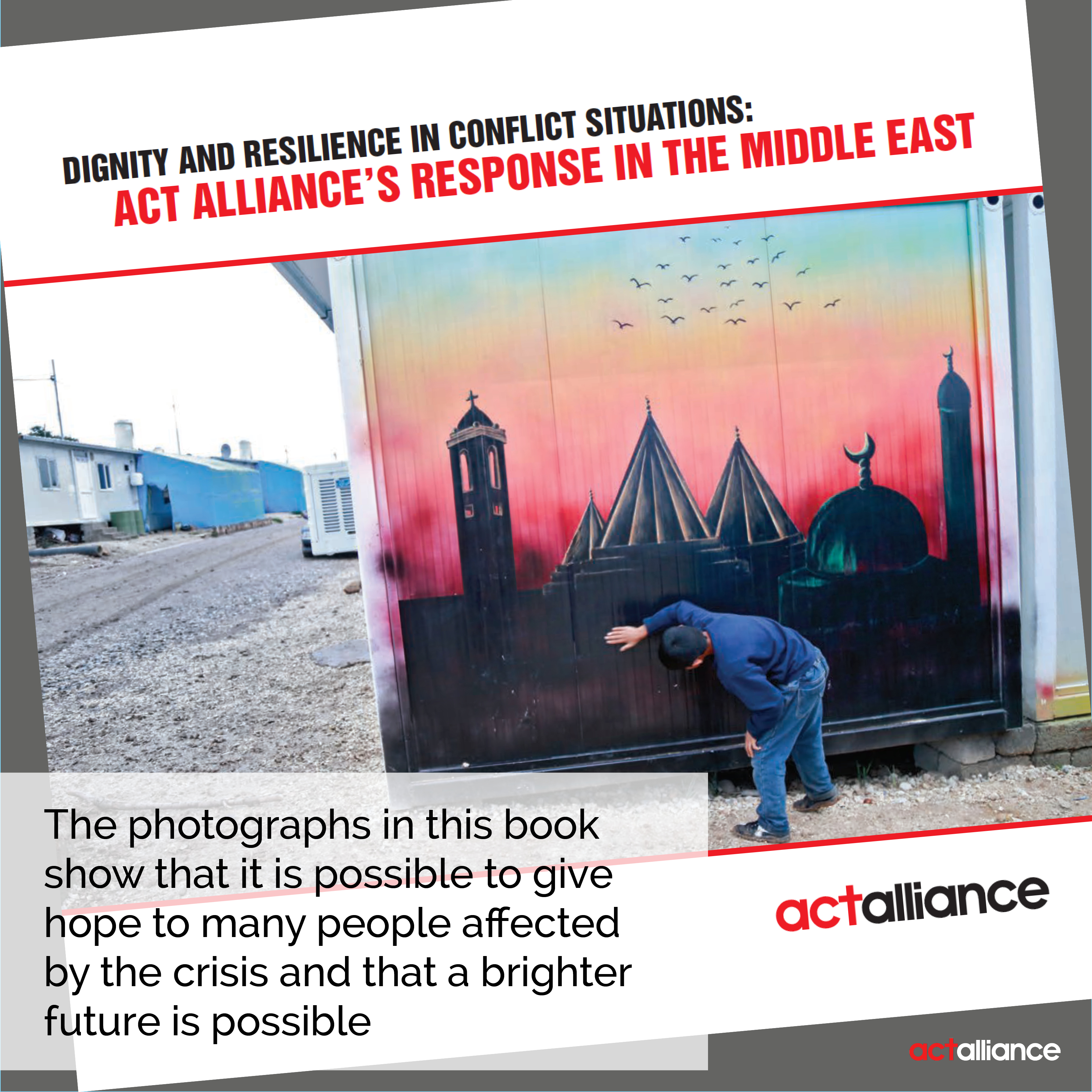 Dignity and resilience in conflict situations: ACT Alliance’s response in the Middle East

In the midst of the situation facing the peoples of the Middle East, ACT Alliance members are working to bring hope, dignity and resilience to crisis affected populations and those living in deprivation.

This photo-book is an attempt to bring the stories of hope amid the gloomy context that populations of the Middle East have had to endure, some having lived as internally displaced persons and as refugees in both host communities and camps within the region and beyond.